«I dance for my own pleasure. If you are trying to please everyone, this is not original.». Rudolf Nureyev

This time I would like to write an article about one of the most famous dancers of the 20th century and describe him from the point of view of numerological techniques.

on March 17, 1938, on a train heading to Vladivostok on the way to the Razdolnoye station in the Primorsky Territory, near Irkutsk, Rudolf Nureyev was born … That’s how the future virtuoso, star, actor, choreographer and orchestra leader, the billionaire was born, genius and outcast Rudolf Nureyev …

The desire to connect his life with ballet arose at Nureyev at the age of 5, when his mother first brought him to the show. As we all know, the March children came to their mothers. And often mothers play an important role in raising such a child. In the previous incarnation, he was not independent, in many respects his fate depended on his mother. Therefore, now he needs to learn independence. And the sooner he begins an independent path in life, begins to make decisions for himself, without relying on his parents, and especially on his mother, the better for him.

It also happened in the fate of Rudolf, it was the mother who played a decisive role and an important role in his upbringing and his future fate. His mother encouraged his love of music, but the relationship with his father, who returned from the front, was difficult. The father wanted to see the little man in the boy, the future soldier – and could not find a single feature in his son that would correspond to his own dreams.

the young man had already begun to try his hand at the ballet of the Ufa Opera House, and a year later he became a full member of the troupe. In 1955, at the age of 17, Rudolf Nureyev went to Leningrad to continue his education at the choreographic school.

In 1958, Nureyev received an invitation to the troupe of the S.M. Kirov Theater (now the Mariinsky Theater) for the lead of the leading soloist. Glory came to him very quickly. People came to look at Nureyev from other cities. The great Maya Plisetskaya would later say: “Before Nureyev, they danced differently.” Indeed, men traditionally played a secondary role in ballet, emphasizing the importance and professionalism of the fair sex. But the dance of Nureyev was so bright that it was simply impossible to ignore him.

the 17th day, which corresponds to the 17th Arcana “Star” in Tarot cards. 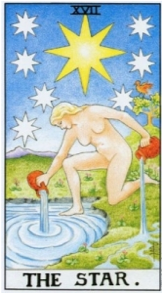 In a positive aspect, creative by nature personalities are born under this arcana, they often connect themselves with the sphere of art. It is important for them to shine on the stage, to speak to the public, to catch admiring glances, to be in the spotlight. And they do it very well. They are the minions of fate. They like to dress brightly, talking emotionally, gesticulate, and are very artistic. Such “Stars” are recognized, they are haunted by fame, they are confident in their skill, know their worth and not be afraid to say it. Easy to earn with their favorite job.

But very often, it is very difficult for people born on the 17th to realize themselves, as if they are not get noticed, even though they may have the highest talent.

They, as a rule, will miss one step before gaining fame. In their subconscious mind, there is an attitude that “it is unrealistic to earn money with creativity”, that “the artist must be hungry”. And they live a boring, uninteresting life. We call such people “extinct stars” who are discouraged and sad, depressed and consider themselves unrecognized geniuses. Another negative connotation of the 17th Arcana is “star disease”, a person begins to consider himself as God, forgetting that higher talents awarded him with all his talents. Vanity is the main feature of such a person.

As we can see, the “Star” was fully revealed 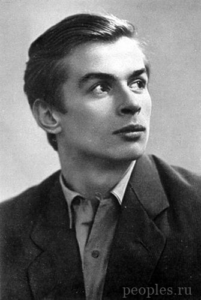 in a positive aspect by Rudolf Nureyev. By fame and popularity, he stood in the ranks of the brightest stars of the 20th century and caught up with the very “god of dance” Vaslav Nijinsky.

Nureyev was very attentive to the symbols, he said: “I can’t always immediately remember the date when I decided to stay in France (it happened on June 17), I can easily forget the date of birth on March 17, but I never forget the day I sat down one on a train that was taking to Leningrad. That was August 17th. Being superstitious, I cannot help but think that such a repetition of the number 17 in my life should mean something”.

During the tour of the Leningrad Ballet in Paris in 1961, Nureyev, in his own words, made his legendary “leap into freedom”, remaining abroad and becoming a man of the world. At the airport, he rushed to the French policeman and immediately asked for political asylum.

The sensation was the best advertisement.

A month later he performed in Paris, then – in Denmark. 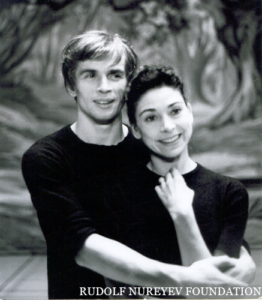 And six months later, Nureyev is the star of the Royal London Ballet. Here he is with prima ballerina Margot Fonteyn, born May 18, 1919. She was a first-class dancer, but in all her life she did not learn to understand people.

Only at forty years old she was able to feel like a real woman, thanks to stage partner Rudolf Nureyev, with whom she had a rather reverent relationship. He was 23, she is 42!

Despite the fact that the ballerina was in brilliant form, she was aware that pairing with such a young partner was risky, and yet she agreed. After their first collaboration in Giselle, an enthusiastic audience bowed a couple about 30 times, the applause did not cease for a long 40 minutes.

From the numerology point of view 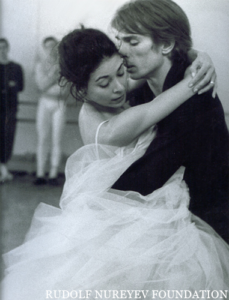 the goal in partnership of Nureyev and Fonteyn was to emotionally revitalize the partner, create conditions for the manifestation of many emotions, give her a whole kaleidoscope of bright colors of life, showing passion in relationships. And he succeeded, contemporaries said that their relationship was amazing, they adored each other, but most importantly: he opened a second wind in her. Indeed, before his appearance, she was on the verge of dismissal. Margot was supposed to bring harmony to the relationship, reveal the talents of her partner, help to be creative, learn how to earn his own talent, inspire, make him famous, show new perspectives and opportunities. And she also succeeded. Before Margot Nureyev was not well recognized and famous.

He gave her a rush of new energy and a different understanding of art; she inspired him and helped him to settle. He explained their incredible success as follows: “This is not her, this is not me, but the goal we are striving for together.” Their friendship lasted a lifetime.

In the Guinness World Records Book, you can find evidence of the enormous success of this ballet: at the 1964 performance, Nureyev and Fonteyn were called up 89 times – no one has been able to repeat this record so far.

As the prime minister of the Vienna troupe, Nureyev performed all over the world, working extremely intensively. He often gave 200 performances a year, in 1975 the number of his performances reached three hundred. He participated in classical and contemporary productions, starred in films and television a lot, staged ballets and made his own editions of classical performances. 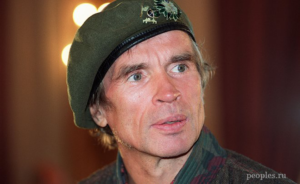 of the Paris Opera, staged several performances there. He actively promoted young artists to the first positions, often ignoring the existing hierarchy of soloists, leading soloists, and premieres, which turned out to be an innovation in world practice.

One can talk about Nureyev endlessly, finding ever new facets of his boundless talent. Rudolf Nureyev is the embodiment of freedom. I wonder what did this symbolic word mean in his understanding?

“I do not want anyone to decide my future for me, to determine in which direction I should “develop”. I will try to get to this on my own. That’s what I mean by “freedom”. Rudolf Nureyev